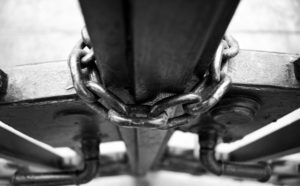 Awfully Nice or Why Nice People Won’t Be in Heaven

This Year of Not Being Nice was meant to free and empower me, not expose me. To change how others treat me, not how I treat myself and others. But discovering my not-so-noble motivations for being “oh-so-nice” has forced me to ask myself, “Is niceness my prison, not part of my personality? Is being nice an overflow of kindness and love? Or is niceness my addiction to avoid conflict and gain brownie points to Heaven? If I’m not nice, what choice do I have? To be nasty?”

As these questions multiplied, I read this from the late Archbishop Fulton Sheen:

The nice people think they are good; the awful people know they are not. The nice people never believe they do wrong, or break a commandment, or are guilty of any infraction of the moral law. If they do anything that reason would call wrong, they have various ways of explaining it away. Goodness is always their own, but badness is due to something outside of themselves. . . The awful people, on the contrary . . . think themselves just plain bad. . .

The nice people do not find God, because, denying personal guilt, they have no need of a Redeemer. The awful people, who are passionate, sensual, warped, lonely, weak, but who nevertheless make an attempt at goodness, are quick to realize that they need another help than their own; that they cannot lift themselves by their own bootstraps. Their sins create an emptiness. From that point on, like the woman taken in sin, it is “Christ or nothing.”

The surprises will be threefold: first, because we are going to see a number of people there whom we never expected to see. Of some of them will we say, “How did he get here? Glory be to God, look at her!” The second surprise will be not seeing a number of the nice people whom we expected to see. But these surprises will be mild compared with the third and greatest surprise of all, and that surprise will be that we are there.

Excerpted from Life Is Worth Living (Second Series) by Archbishop Fulton J. Sheen 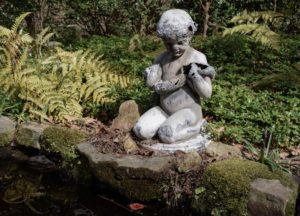 So it’s not a choice between being awful or nice, but recognizing God’s grace in my awfulness and not hiding behind a mask of niceness. It makes me think of another “nice” person who embraced his awfulness, John Newton, the slave trader who wrote the hymn Amazing Grace.  As he faded into dementia, one of his final comments was,

“Although my memory’s fading, I remember two things very clearly: I am a great sinner and Christ is a great Savior.”

This journey I’ve been on this Year of Not Being Nice has led to power, just not my own. A power that comes from the One who died and was raised for all the “awfully nice” people who recognize they can’t nice their way into Heaven. 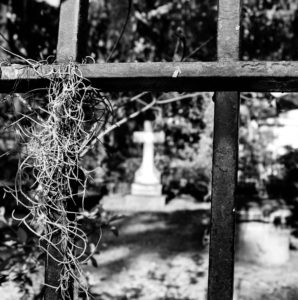 My choice is neither nasty nor nice.  I choose grace. Amazing grace.

Amazing grace, How sweet the sound

I once was lost, but now I am found,

Was blind, but now I see.

‘Twas grace that taught my heart to fear,

And grace my fears relieved.

How precious did that grace appear

The hour I first believed.

Through many dangers, toils and snares

I have already come,

And grace will lead me home.

The Lord has promised good to me

His word my hope secures;

He will my shield and portion be,

As long as life endures.

When we’ve been there ten thousand years

Bright shining as the sun,

Than when we’ve first begun.

← What’s in Your Backpack?
The Top Ten Things I Learned from the Year of Not Being Nice →