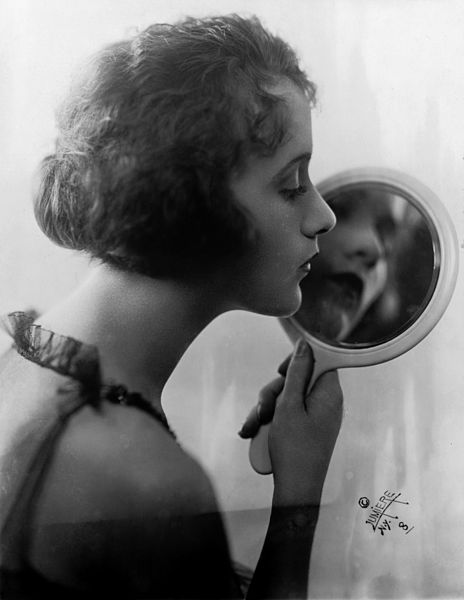 This “Year of Not Being Nice” has been good and bad.

Good in that I’m learning to stand up, speak truth in love, and break my auto-apologizing habit. Family and friends see less of Saint Nancy the Nice and more of the three-dimensional girl behind the Flat-Stanley cutout.

Bad because of what I see when I peer into my “nice” mirror. 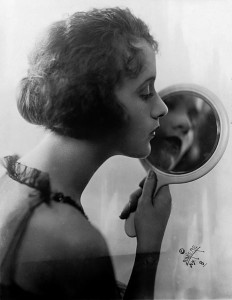 I envisioned this year ending in applause for my courage and growth. What it’s becoming is people nodding in agreement as I discover the underbelly of my niceness—that the motivation below the surface of my niceness has less to do with being kind and loving and more to do with pleasing people and avoiding rejection and anger.

I’ve finished reading Henri Nouwen’s The Return of the Prodigal Son for the fourth time. In Jesus’ parable, I’ve always identified with the younger impulsive, needy brother.  Now I’m seeing I’m also the older brother, waiting in the shadows to be seen and appreciated, disappointed that no one’s throwing a party for all my niceness. 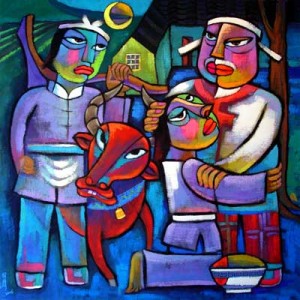 The Prodigal Son by He Qi

“The lostness of the resentful ‘saint’ is so hard to reach precisely because it is so closely wedded to the desire to be good and virtuous. I know, from my own life, how diligently I have tried to be good, acceptable, likeable, and a worthy example for others,” writes Nouwen. (Did he read my niceness journal?) “But with all this, I became less free, less spontaneous, less playful, and others came to see me more and more as a somewhat ‘heavy’ person.”(p. 71-72)

There’s nothing like being described as “heavy” to give me incentive to step on the nice scale to see what’s weighing me down: the fear of disappointing others, the longing to look good, the striving for brownie points, the exhaustion of others’ expectations.

Nouwen writes, “The world in which I have grown up is a world so full of grades, scores, and statistics that, consciously or unconsciously, I always try to take my measure against all the others. Much sadness and gladness in my life flows directly from my comparing, and most, if not all, of this comparing is useless and a terrible waste of time and energy.” (p. 102) 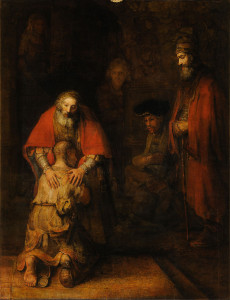 The Return of the Prodigal Son by Rembrandt Harmenz van Rinjz

In Rembrandt’s painting of The Return of the Prodigal, the elder brother stands on the sidelines with his hands folded in front of him. I wonder if he’s clinging to his almost-perfect score card.

That’s the frustrating thing about the gospel of grace. It leaves those of us who’ve worked so hard—been so nice—with a decision. Will we let go of our nearly completed check list? Our good-character comparison sheet?

If we don’t, we’ll end up more lost than the younger brother.

“Resentment and gratitude cannot co-exist, since resentment blocks the perception and experience of life as a gift. My resentment tells me that I don’t receive what I deserve. It always manifests itself in envy. . . Gratitude however goes beyond the mine and thine and claims the truth that all of life is a pure gift.” (p. 103)

Believing I Don’t Have to Be “Nice” to Be Loved

Nice people, put down your performance evaluation. We’re not in a competition to win God’s favor. In a way that only God understands, we are all his favorite children, no matter if we’ve blatantly blown it or bitterly behaved. That’s what his grace (favor) is all about. Whether we’re running away, wallowing in self-pity, or beating ourselves up for not being good enough, he waits for us, runs to us, and embraces us with kisses, new clothes, and feasting.  He wants his sons and daughters home safe and loved.

That’s the amazing thing about the gospel of grace. It means God loves me whether I’m nice or not. And that amazing “unlimited unconditional love melts away all resentments and anger and makes me free to love beyond the need to please or find approval.” (p. 83)

So, I end up being “nice” but in a free and self-forgetful and no-expectations way. Crazy, right?

My goal for this not-nice year is to step on the scales and see how much “weight” I have lost. I want to freely love, give, invite, and wait for all my older and younger brothers and sisters to come home without keeping score because the Father has seen me at my wanton worst and bitter best and still wants to be with me.

But while he was still a long way off, his father saw him and was filled with compassion for him; he ran to his son, threw his arms around him and kissed him. . . ‘My son,’ the father said, ‘you are always with me, and everything I have is yours.’  Luke 15:20, 31