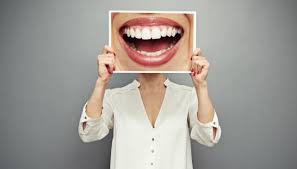 Admit you have a problem.

As a recovering “nice” person, the first step I took was to confess it to my husband.

My name is Nancy.  And I’m a nice-aholic.

I told him my 2016 theme was “The Year of Not Being Nice.” I thought he’d turn pale and quake.

He raised his eyebrows, smiled and said, “That shouldn’t be too hard.”

I called my son, ever the subtle diplomat, who said, “That’s nice, Mom.”

Then I told my daughter, a recent college graduate living the 20-something semi-nightmare of moving back home. “So, I’m thinking about learning not to be nice.” She rolled her eyes, checked her phone, and said, “Whatever.”

That’s my girl. She stands up for herself, doesn’t take anything from anyone, and even . . . oh my. . . . gets angry. She will never need to go through Nice People Anonymous because niceness usually skips a generation.

As soon as I stuttered through my confessions with my family, I began hearing “those” voices again.

What does he mean by those raised eyebrows?

Why did she roll her eyes?

What if they get angry at me?

Maybe, I need to rethink this. 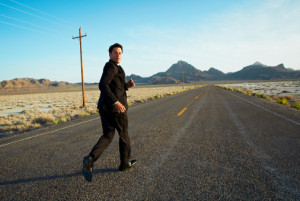 Don’t “look” back and don’t back down.

Sometimes all it takes is a look to make a nice person back down. Nice people can preemptively interpret any flicker of negative facial expression and negotiate to maintain the peace. It’s like we’re wearing mood rings monitoring everyone else’s emotions except our own.

Say your say and leave the room.

Don’t second-guess your words and their responses.

Think about Lot’s nameless wife. Maybe she was trying to be “nice” to all those poor Sodom-dwellers and wondering if they needed anything. She now is a salt-lick for camels in some middle Eastern desert. 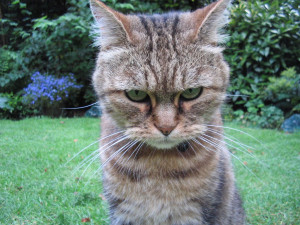 Prepare for resistance. (Your own, too)

Don’t be surprised by the arguments going on in your head. After all, you’ve been raised to be nice. And what’s so wrong with that, you ask?

It’s all in motivation.

In being nice, are you by faith giving the gift of yourself or are you by fear trying to please and stay under the “wrath” radar? Do you believe that “niceness” is the only acceptable answer, even when you’ve been abused or ignored? Or do you resent people who don’t recognize your niceties? If niceness leads to bitterness, that’s all the warning you need try a year without it.

Second, do not be surprised by your family and friends’ resistance. Who doesn’t love having “nice” people in their lives? People who can be counted on, who take the hit for the team, and don’t take the last piece of chocolate cake. So, as they begin giving you the subtle signs of displeasure, smile and nod (nice people are good at that) and think again about that tombstone.  And swat the unseen gnats (scroll above to see first post) buzzing around your brain.

P.S.  Of course I made sure my family approved their statements. My daughter was not pleased with the eye-rolling depiction. I almost edited it out. But I didn’t. She smiled and said, “Way to go, Mom.”